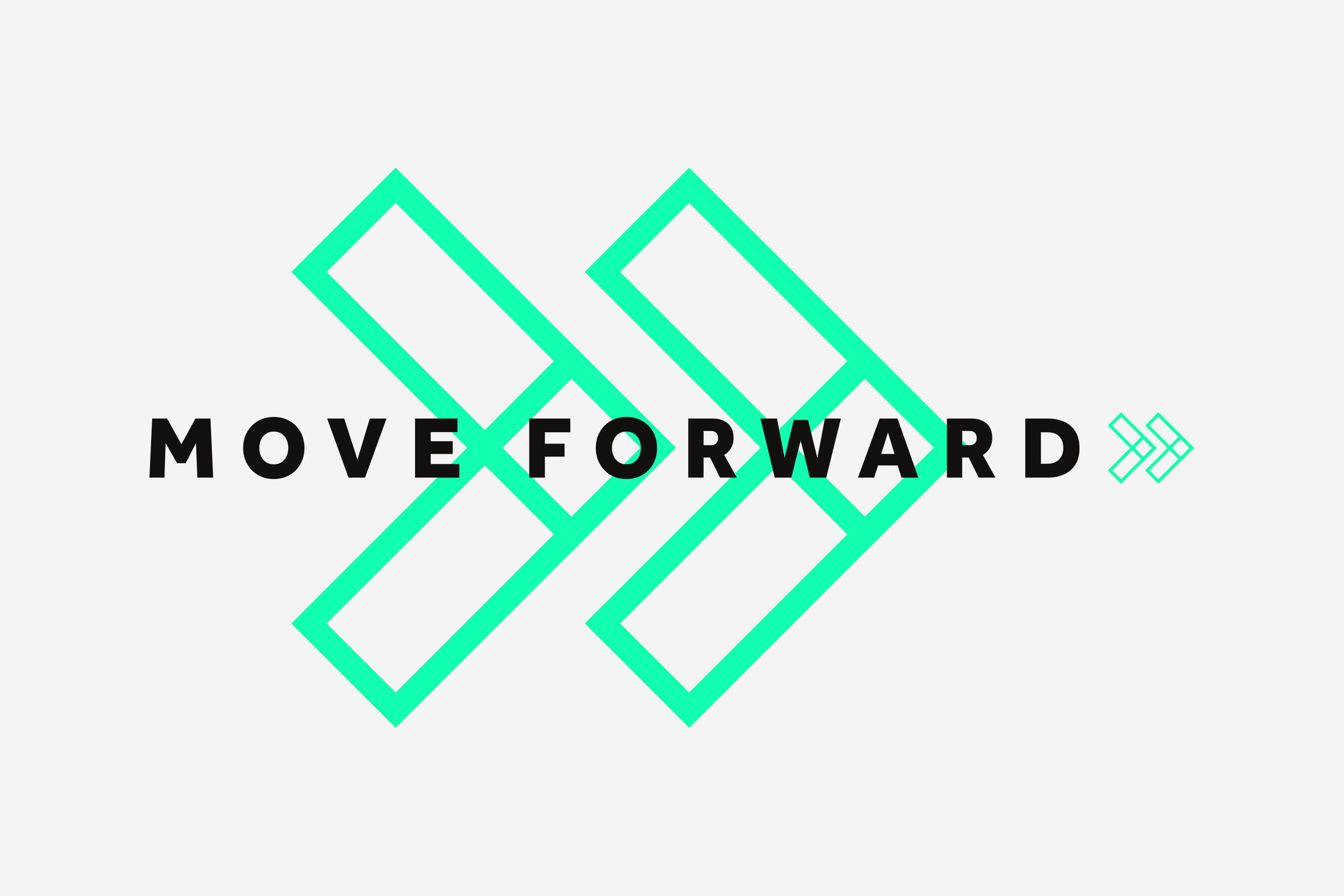 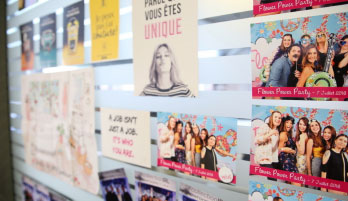 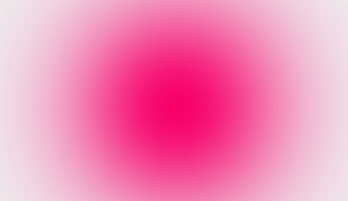 David Dayan is a co-founder, along with Thierry Petit, of Showroomprivé.com, which launched in 2006. He is the Director and Chief Executive Officer of the Group.

Before the creation of Showroomprive.com, he worked in the stock clearance sector for 15 years, during which he developed significant experience, know-how and a network of relationships with brands and wholesalers. He was the CEO of FRANCE EXPORT. He began his career at the age of 18 in a family-run wholesale/clearance business.

A graduate of the Paris Dauphine and Paris Descartes universities, François de Castelnau began his career in 1995 in auditing at the firm Deloitte.

He then became Director of Internal Audit and then Chief Financial Officer for almost 7 years at ERMEWA Group, the world leader in tank container and wagon rental.

In 2013, he joined the Philippe Ginestet Group, which notably owns the Gifi, Tati and Besson brands, as the Group’s Chief Administrative and Financial Officer. With extensive experience in distribution companies where logistics is one of the main challenges, François de Castelnau joined Showroomprivé in June 2019.

Before joigning SRP,and since 2016, Hakim was the head of External Fulfilment for Continental Europe in Amzon EU. He is also Black Belt lean & 6 sigma since 2015.

Stephan Ploujoux has been Marketing Director since 2020, having joined the group in May 2017.

He is in charge of defining and implementing our marketing strategy. Stephan heads all our commercial teams and the mission is to develop our relations with brands and to make increasingly interesting offers to our members.

Stephan is a graduate of the prestigious EDHEC Business School and he began his career as a consultant in strategy and digital transformation at BearingPoint consulting firm. From there, he came to the Showroomprivé group.

Frédéric Delalé has been Chief Information Officer since 2007.

As an engineer specialized in software development at the Neurones group, he was responsible for internet/intranet projects for major accounts prior to creating Toobo.com in 1999.

Director of Content and SRP Studios (in-house agency), he joined the group in December 2014.

Elodie Richard, SRP MEDIA Director, joined the Showroomprive Group in April 2019 as Advertising Director and then Commercial Director in 2020.

At the head of the media agency since 2022, her mission is to manage and develop the Group’s e-retail media activity by supporting agencies and advertisers.

For nearly 15 years, Elodie has worked within the media ecosystem and managed different teams. She started her career as a Sales Manager at Yahoo! for 5 years before heading the sales teams of several media agencies such as Ligatus or Cdiscount Advertising.

Board of Directors Members

David Dayan is a co-founder, along with Thierry Petit, of Showroomprivé.com, which launched in 2006. He is the Director and Chief Executive Officer of the Group.

Before the creation of Showroomprive.com, he worked in the stock clearance sector for 15 years, during which he developed significant experience, know-how and a network of relationships with brands and wholesalers. He was the CEO of FRANCE EXPORT. He began his career at the age of 18 in a family-run wholesale/clearance business.

Vice-Chairman of the Board

Thierry Petit is a co-founder, along with David Dayan, of Showroomprive.com, which launched in 2006. He is the Deputy CEO. Thierry Petit began his career in digital agencies in 1995 and, at the age of 25, created the first price comparison tool in France (toobo.com), which was sold to Libertysurf in July 2000. Thierry Petit has nearly 20 years of experience in launching start-ups. Thierry Petit studied telecommunications engineering.

From 2000 to 2006 Eric Dayan was director of sales and responsible for stock management for the FRANCE EXPORT company, which specialises in the fashion sector.

In 2006, he was involved in setting up the Showroomprivé.com firm as an associate director. He headed the BtB department within the group.

At the end of 2016, after 10 exciting years with Showroomprivé.com, he decided to quit his operational functions to devote his time to other investments. He remains a shareholder of the company and a member of the executive board.

A short while after having sworn the oath at the bar in Paris he decided to abandon his life as a barrister to join the Showroomprivé.com site as Associate Director in order to bring his entrepreneurial nature and his legal expertise to the project. He is in charge of legal and commercial issues (with the accent laid on the offer, the brands and the pricing) and with the experience acquired in these crosswise tasks he also ensures that the site’s ambitions are respected and that pragmatism is maintained within this dynamic and agile structure.

At the end of 2017, after 10 years with Showroomprivé.com, he decided to quit his operational functions to devote his time to other interests. He is still a shareholder of the company and a member of the executive board.

She worked as a lawyer in the Paris office of a major Anglo-Saxon law firm for seven years and was involved in several mergers and acquisitions and capital markets transactions by advising large French and international companies.

In January 2014, she joined the Carrefour group, where she holds the position of Corporate Development Legal Director. She managed legal aspects of various acquisitions, divestments, IPO and strategic partnerships for the group, including in the e-commerce sector.

Graduate of Sciences Po Bordeaux and London School of Economics, Emilie is part of MOMA Group in charge of branding and RSE after being its marketing director. She has more than 17 years of experience in marketing notably at the group Voyageurs du Monde that she left in 2015.

Emilie Patou confirms her engagement for the sustainable economy and the Made in France with the creation of an association in 1998 “Authentique France” evolving around the arts and crafts in France – the organisation of “Moma Green Week” and open tables over the challenges of sustainability in the catering industry (Elysee Biarritz every 2 years) – Launch of “Moma for Good”, an endowment fund in 2022 focused on diversity, ecology and education – relaunch of Course des Garçons de Café de Paris (cancelled in 2021 due to Covid) – set up and lobbying “green” with key F&B players (roll-out of bio-waste, installation of short circuits in Paris region, support players willing to convert into Green, charter for foreign partners)

Sophie Moreau Garenne has over 20 years of experience in advising companies in special context and has acted as advisor for several companies of the retail and online sale sectors.

Sophie began her career in 1995 in audit at Deloitte in Paris. In 1999, she left audit to join the restructuring department of the same firm. In 2001, she joined the Corporate Finance teams of Arthur Andersen immediately prior to its merger with Ernst & Young, where she worked both on advisory engagements involving restructuring and on acquisition audits on behalf of investment funds. In 2007, she became a partner in Ernst & Young’s Corporate Restructuring department. In 2008, Sophie joined US firm Duff & Phelps to create and develop its restructuring business in Europe.

Chairman of the Compensation Committee

From 2014 to 2019 he was Managing Director of the French startup Vestiaire Collective, world leader in pre-owned Fashion and Luxury He began his career with Procter & Gamble then Nike. He moved to Microsoft in 2004 and in 2006 became the MSN Director for France. In 2008 he was appointed head of “consumer products” for Microsoft in France. He arrived in Casino in October 2010 as head of Cdiscount and director of non-food e-commerce for the group and he developed its website, opened up its marketplace and in particular piloted the acquisition of Monshowroom and the launch of Cdiscount in Colombia, Vietnam and Thailand.

Ms. Clémence Gastaldi is currently the managing director of the business unit AXA Prévoyance et Patrimoine. She used the framework of « société à mission » to reinforce the social and environmental impact of this business unit.

Graduating as an engineer from AgroParisTech, Clémence started her career at the Boston Consulting Group, before joining AXA where she was in charge of the strategic planning team. She then created and lead the centralized retail marketing and commercial development team of AXA France and then became director of the South East region for Axa France.

After graduating from Ponts et Chaussées and HEC-Entrepreneurs and a few years spent in the inspection department at Société Générale and then at McKinsey, in 1999 Cyril Vermeulen co-founded auFeminin.com, an online media group subsequently sold on to Axel Springer.

He then went off on fresh adventures, working for 6 years as an entrepreneur and a teacher in Shanghai. For about fifteen years he has been an active investor and a member of the executive board of digital start-ups.

Benoît Camps is a graduate of ESCP. In 2007, he joined HSBC where he was involved in many mergers-acquisitions and financing operations, working alongside major French and European firms. Benoit moved to Carrefour in 2014 where he headed the mergers-acquisitions team. In particular, he oversaw the group’s partnership and e-commerce operations.

Showroomprivé is a successful business venture. Today it is one of the most dynamic groups in the sector.

Since it was set up in 2006, Showroomprivé has constantly evolved. Each stage in its development has opened a new chapter in the history of the Group.

Find all of the financial information about the Group: activity indicators & half-yearly and annual results.